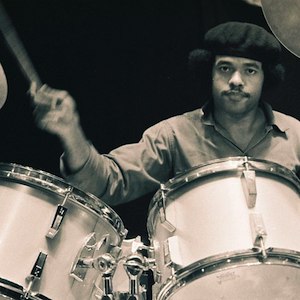 Born in 1960 in Baltimore, Dennis Chambers started playing drums at the age of 4. His ardent interest in drums at that age propelled him to keep playing whenever he got a chance. This child prodigy started performing in clubs at the age of 6. Within a short time, he had been invited to perform in most night clubs in Baltimore area. After graduating from high school in 1978, Chambers joined Parliament and Funkadelic until 1985.

After leaving the group, he did a number of session work projects in New York. He also landed a job as the house drummer for Sugar Hill Records Company. After working for a while, he joined another band, Special EFX the same year. After working with Special EFX for two years, Chambers joined the David Sanborn Band and later on worked with John Scofield Band. The band disbanded in 1989. After that, Chambers joined the Mike Stern and Bob Berg Band. Chambers has however played for many other bands since then, including those of Randy Breckers and Michael Breckers, Mike Urbaniak, Bill Evans, CTI All Stars, George Duke, Stanley Clark, Steve Kahn’s Eyewitness , Santana and John McLaughlin.