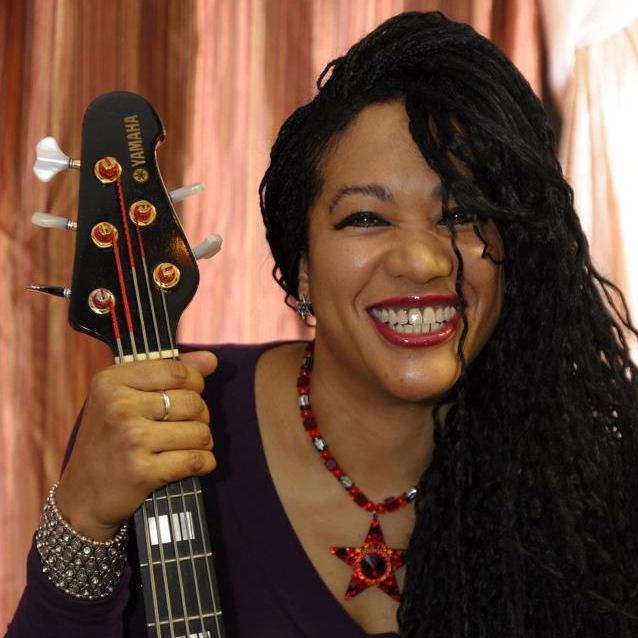 Starr Cullars was born on December 18th in the midst of the Rocky Mountains Co. She was raised & trained in Philadelphia & New York. It is her strong Philly upbringing, that endowed Starr with her strength and fortitude. Starr is a powerful personality & spirit; practicing Buddhism with Soka-Gakkai International & being a strong-universal-minded person! Before joining the P-Funk Clan; Starr was auditioned, persued, and wanted by PRINCE & his camp. Starr is a musician-bassist-singer-songwriter-performer-actress, who played cello & acoustic-guitar as a child and was also a trained theatre-actress as well. Starr Cullars was a featured member-bass-player of GEORGE CLINTON & Parliament-Funkadelic. The power-house-dynamic-electrifying band has been a power-trio; but now is a mega 4 piece group. *The Band has toured with: George Clinton & Parliament-Funkadelic, Living Colour, Bernie Worrell, Maceo Parker, Bad Brains. The new releases are being finalized & with the next tour-dates announced shortly. *Starr Cullars is a true-creative-artist, who lives to express life! As well as being a musician, Starr is an accomplished actress. She is currently working on two independent films: a twisted-romantic-comedy and a documentary about Black Women in Rock Music. *The Band is the power & pinnacle of serious Hard-Rock…a force a nature from the cosmos of electric amazement!!!