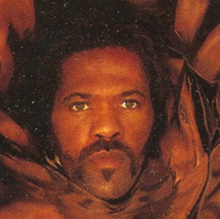 Watch the Fuzzy Haskins story above !

Vocalist Fuzzy Hazkins was a member of the Gel-Airs when he joined George Clinton’s doowop group, The Parliaments, in 1960. He was present when the group had their first big hit in the late 60s on Revilot,”I Wanna Testify,” though he didn’t appear on the record itself. It was mainly he and Clinton who took charge of things when the Parliaments morphed into what became Funkadelic.

Fuzzy wrote and co-wrote some of Funkadelic’s earliest classics, including “I Got A Thing” (featuring his vocals) and “I Wanna Know If It’s Good To You”. He was a good drummer as well, as he proved on “Can You Get To That,” which he also co-wrote. Some of Fuzzy’s best vocals appeared on Funkadelic’s 1972 LP America Eats Its Young, most notably on “Ms Lucifers Love”. But singing wasn’t the only thing that Fuzzy brought to P-Funk. He was known, during live P-Funk shows, to don skin-tight bodysuits and gyrate against the microphone pole as he whipped the crowd into a frenzy, especially when they performed “Standing on the Verge of Getting it On.”

But Fuzzy later claimed he felt he didn’t really want to be in P-Funk anymore due to growing problems between individual members. In 1976, he broke away from the Thang and recorded a solo album for Westbound records called A Whole Nother Thang, on which he points out in the song “Which Way Do I Disco”, “the mothership just disconnect me, but the discotheque will protect me.”

In 1977 he jumped back on board with P-Funk and appeared on their P-Funk Live Earth Tour that year. But again he seceded and recorded a second solo album for Westbound, Radio Active. By this time, he claimed he was through with singing all the ole dirty songs and began studying the Lord’s Word.

A stint with Calvin Simon and Gene “Grady” Thomas, two other original Parliaments who had left P-Funk, led to a poorly-recieved LP on LAX records in 1980, Connections and Disconnections. They called themselves “Funkadelic,” though stickers on the album warned that nothing on Connections. . . featured any performances, creations, or affiliations with George Clinton. The “real” Funkadelic released their final album for Warner Bros., and Fuzzy and his mates in the defected Funkadelic were taken to court over the rights to the name “Funkadelic.”

Haskins went into church for good and became a preacher, until he reunited with Armen Bolodian, founder of Funkadelic’s first label, Westbound records, again in the nineties. Boladian offered him a record deal to record gospel music.

Presently, Fuzzy has reunited with Simon, Thomas, and Ray Davis (yet another original P-Funk alumnus) to form Original P, a group which tours and records P-Funk hits, classics, and some originals. He was also inducted into the Rock & Roll Hall of Fame in 1997 with other key members of Parliament-Funkadelic.