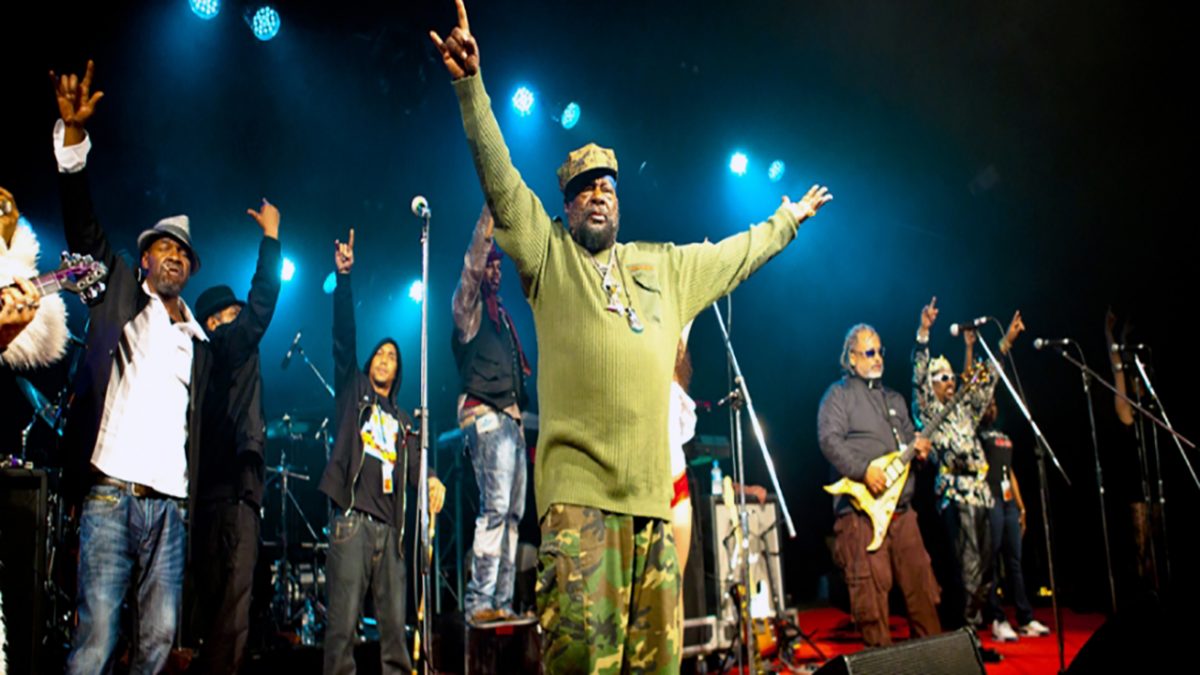 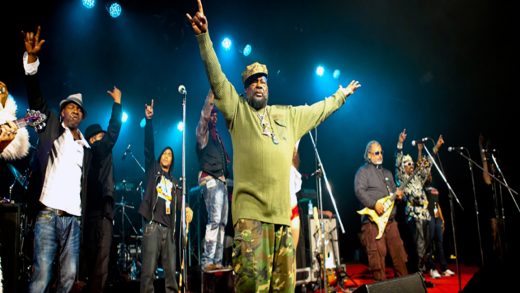 GOTTA HAVE THAT FUNK

It’s impos­si­ble to imag­ine how the course of musi­cal his­tory would have tran­spired if it weren’t for George Clin­ton. Cer­ti­fi­ably one of the all-time greats, Clin­ton stands as one of the most influ­en­tial fig­ures in rock his­tory, lead­ing the charge with his land­mark out­fits Par­lia­ment and Funkadelic (Clinton’s col­lec­tive oeu­vre is labelled with the umbrella term P-Funk). P-Funk enjoyed a mas­sive resur­gence in the early ‘90s with the boom of west coast G-Funk rap, with Clinton’s work form­ing many foun­da­tions in the form of sam­ples. These days, George Clin­ton &Par­lia­ment Funkadelic still tour exten­sively, spread­ing forth the good word of P-Funk to new gen­er­a­tions, while fea­tur­ing inter­gen­er­a­tional per­son­nel within their exten­sive ranks. Ahead of his return to Aus­tralia, an eru­dite Clin­ton recounts his per­pet­ual bat­tles with copy­right issues, his hunger for new music, and the last­ing P-Funk legacy.

Do you think the social mes­sages you were get­ting across in the late ‘60s, early ‘70s are still applic­a­ble today?

Pretty much the same. Those things are still rel­e­vant – free your mind and your ass will fol­low – I think there’s a resur­gence of peo­ple find­ing out about what we were talk­ing about. A lot of what we said was through dance music, and peo­ple just danced to it, but now they’re begin­ning to relate to the things that we said. In the late ‘60s, early ‘70s when Funkadelic were doing rock stuff, with a lot of social mes­sages – like ‘Mag­got Brain’. But in the ‘70s they related to the danc­ing at first. But now they’re relat­ing to what was said – ‘Think, It Ain’t Ille­gal Yet’, ‘Funken­t­elechy’, ‘Three Blind Mice’ – all the stuff we was talkin’ about back then.

What keeps you moti­vated at this stage?

We like doing what we do. That’s the main thing that makes it easy for us to do it. Every­body loves what they do.

How do you view your cur­rent audi­ence?

Our shows have always been like a cir­cus. The grand­par­ents will go, the par­ents will go, and the kids will go.  We have enough his­tory and enough styles of music that every­body relates to us in some kind of way. They don’t mind see­ing their par­ents’ heroes, or their kids’ heroes. We kind of get around that, which is hard to do because kids hate their par­ents’ stars and vice-versa. Kids don’t like their older broth­ers’ and sis­ters’ heroes. But I think with hip-hop hav­ing so much P-Funk DNA, a lot of the younger gen­er­a­tion trans­fer to us kind of easy. It’s for three gen­er­a­tions, all the way from 75 to 80 year-olds, to 12, 13 year-olds.

You’ve obvi­ously influ­enced hip-hop, but do you see Funkadelic as being an influ­en­tial rock out­fit?

To some extent, yes. You get groups like Chili Pep­pers, Janes Addic­tion. You can hear P-Funk in them.

You’re obvi­ously in tune with what is hap­pen­ing in the con­tem­po­rary music world.

I search YouTube to find what’s cookin’ for the most part. There’s a small clique of peo­ple putting it out, and they’ve got the power. So you have to find alter­na­tive ways to find new shit or to get new shit played, to get peo­ple to hear your new shit. I think YouTube is prob­a­bly the rich­est with that right now.

What are your thoughts on the inter­net being an out­let for musi­cians?

Well I feel more com­fort­able with the inter­net being an alter­na­tive to reg­u­lar record com­pa­nies because record com­pa­nies weren’t doing any­thing for artists any­way. Now you at least have a chance of get­ting stuff out there when you want to, and you’re get­ting paid. If you only sell a few, you still make more money than what you were get­ting from the record companies.

Do you wish that you were start­ing your music career in this cli­mate, rather than bat­tling through the music indus­try since the ‘60s?

I’m fight­ing for the rights to my stuff right now, but I’m glad we’re sur­viv­ing and we’re still around to fight for the rights to our stuff, or to at least put in motion. We’ve been to con­gress, to sen­a­tors, to record com­pa­nies. Espe­cially now with the new copy­right law tak­ing effect next year, for the first time in a long time – since 1978. That’s get­ting ready to be tested. Record com­pa­nies don’t want to abide by the law. I’m glad to still be around to watch it change.

Your shows often go for longer than two hours, and you’re still tour­ing exten­sively. Where do you get the energy?

Funk got Via­gra in it. You’re ready to be hard. We got the energy, the peo­ple give it back. It makes it so easy to do when the peo­ple are part of the show.

We’re work­ing towards that right now. A P-Funk show, a play. And a movie of the Starchild, Sir Nose, Mr Wig­gles, Dr Funken­stein, Clones, the Moth­er­ship. There will be a movie some­where along the line.

Do you think P-Funk will be eter­nal?

I don’t think it will stop. It will just be dif­fer­ent. There’s a group called Drugs that’s a part of it right now, one called 420. Mem­bers have their off­shoots, but there will always be some P-Funk, some Funkadelic around.

This will be the first time in a long while that the full P-Funk live expe­ri­ence will be in Aus­tralia. What can we expect?

Every­thing. We’ll be doing every­thing up there.