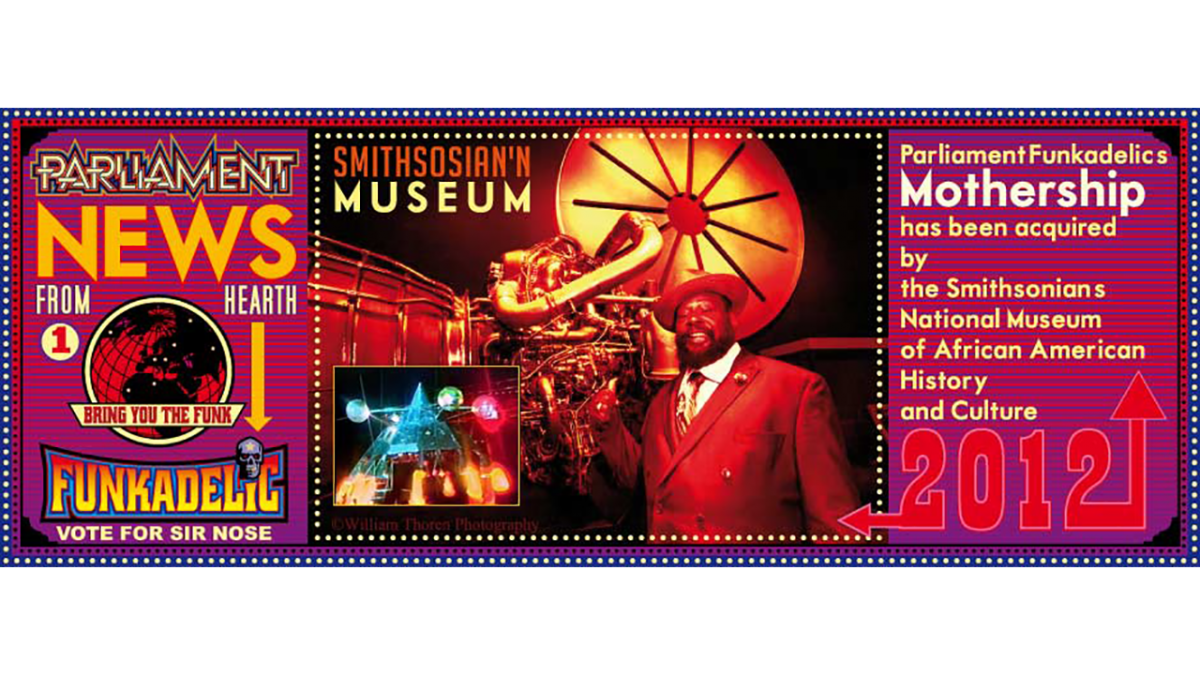 The Mothership is the centerpiece stage prop used by Clinton and his multiple bands during their live concert performances. This object is a near-exact replica of the slightly larger Mothership that was used exclusively at the closing moments of concerts during the height of the band’s popularity from 1976-1981. This replica prop was built in the mid 1990s and used on the “Mothership Reconnection Tour”. 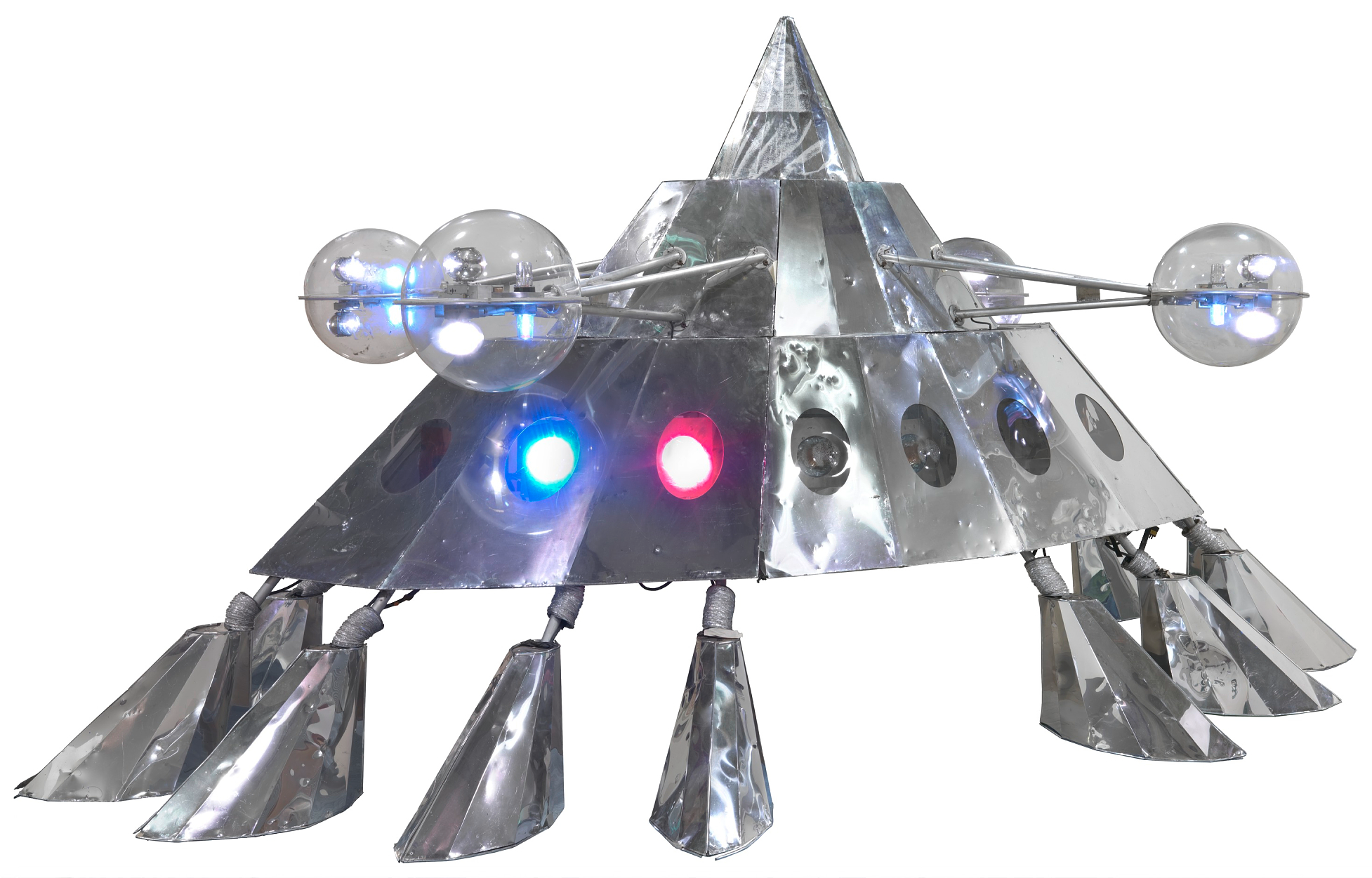 The Smithsonian’s National Museum of African American History and Culture have acquired The Mothership, the iconic stage prop made famous by George Clinton’s legendary funk collective Parliament-Funkadelic in their live shows. The ship, which has been donated by Clinton, will help anchor a permanent music exhibition when the museum opens in Washington, D.C in 2015.

June 02, 2011 – washingtonpost.com
How Bernie Walden helped the Mothership land at the Smithsonian