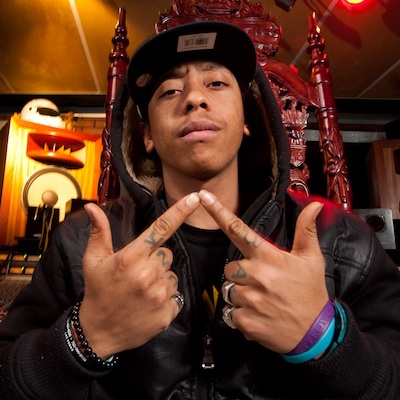 Clinton was held by Michael Jackson backstage of the Grammy’s in 1993. Clinton was giving the name “Tra’zae”. During his teen years, Tra’zae formed a music group inspired by his grand father and father (George and Tracey Clinton) while being in the studio, at home or at shows they performed at.

Tracey (Tra’zae) Clinton produced his first record titled “TECNO PIMP” when he was 9 years old. With his mother on the hook and his father on the two verses and also clinton on one verse.

From 2001 to 2004, Clinton lived in Tallahassee with his grandfather, Dr. George Clinton. Tra’zae joined the school’s marching band playing percussion snare, bass-drum and quads. One day he came home from school and downstairs he discovers a full drum-set. He was very excited to try so he started playing not-knowing his grandfather had The Red Hot Chili Peppers visiting. As Clinton continued playing, The Red Hot Chili Peppers walked in the room and Clinton stopped. The band asked him to keep playing.