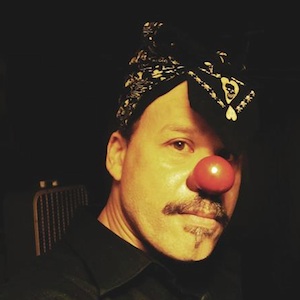 Ronald Stozo The Clown Edwards has been known to be a cartoonist & class clown since the 2nd grade in elementary school.He is also famous for his art covers 4 many Rock and Roll Hall of family honories such as George Cliton ,Parliament-Funkadelic,members of Sly & The Family Stone ,James Brown and many others.

Stozo The Clown is also a music producer and entertainer performing and producing with some of the top names in the history of music.