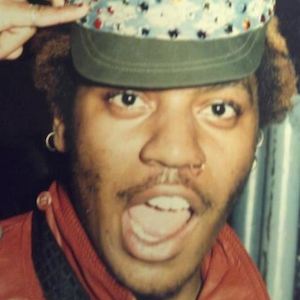 Michael “Clip” Payne (born William Michael Payne on September 25, 1958 in Detroit, Michigan) is an American musician. He has been a member of the Parliament-Funkadelic collective since 1977. First credited on Parliament’s 1979 release Gloryhallastoopid with “Choir Chours”, he has appeared on over 20 Parliament-Funkadelic collective recordings primarily as a vocalist and keyboardist. Payne, who is sometimes called “The Man in the Box”, typically acts as an on-stage commentator during Parliament-Funkadelic’s live performances.
Payne’s first professional work was the recording of Edwin Starr’s “Twenty-Five Miles” with producer Norman Whitfield. In addition to his work with George Clinton and P-Funk, Payne has performed with DRUGS, Cadillac Heights, The 420 Funk Mob, Stoney Clove Lane, and Cacophonic FM.
Payne founded WEFUNK International in the late 80’s as a vehicle for his solo projects which became WEFUNK AD2k Records and Filmworks in 1999. Currently associated with label are the groups DRUGS, 420 Funk Mob, and Cacophony FM, all of which are led and produced by Payne, as well as Stefanie Keys, Joey Eppard, and Stoney Clove Lane.