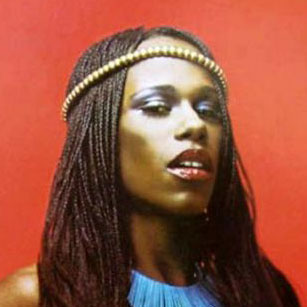 Taka Boom (born Yvonne Stevens, October 8, 1954, is a female R&B and dance music singer and is the younger sister of Chaka Khan and Mark Stevens of Aurra.
She sang background vocals for several Parliament albums in the 1970s.
She was also a later member of the Norman Whitfield group The Undisputed Truth.
Taka Boom is sometimes credited as Takka Boom and is known for her work with DJ/producer Dave Lee, especially in a range of hits under the Joey Negro name.