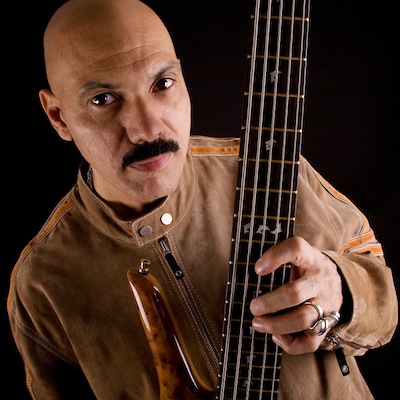 Born Lige Grant Curry on February 7th in Flint, MI the eldest of 6 siblings. Lige developed a passion for music at a early age, influence at home by his mother being an avid music lover who played music all the time in the home which fueled his desire to be a part of the music industry. Starting out singing and playing guitar for his many aunts,uncles and grandparents he shortly picked up the bass guitar. Playing for the church was one of his early outlets, as well as performing for company at home. He would perform for all of them until it was time to go to bed. It was great! Blues, Pop and Gospel music filled his early learning years.

At the age of 10 years old the family moved to Cleveland, OH where life began anew, for a short time Lige lived with his cousin Mike in Cleveland and by the age of 13 years old Lige began to play bass guitar. After forming two separate bands the cousins decided to get together to form one group and added a drummer to complete the trio Lige switched to the bass. Playing any and every event that they encountered locally the band won many accolades as a local sensation. Soon they joined another local band to form The Electric Sparks Band which lead to a chance encounter with one of their musical hero’s at a after party given by a band member.

Upon his graduation from John Marshall High School in 1975 Lige studied his craft and in 1978 was asked to join Parliament / Funkadelic as a back- up singer, having to wait his turn Lige studied under former Parliament / Funkadelic bassist Bootsy Collins and Billy (Bass) Nelson as well as current bassist Rodney (Skeets) Curtis and Cordell (Boogie) Mosson. Opportunity knocked that same year when Skeets Curtis left to take a job with the famous Maceo Parker and Boogie Mosson moved over to guitar the door was open for the Lige Curry Adventure to begin!