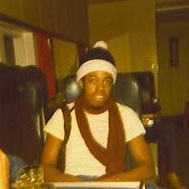 GORDON CARLTON, Guitarist Gordon Carlton is one of Detroit’s most accomplished guitarists. He began playing guitar when he was nineteen years old. After many years of listening to his cousin play My Girl by The Temptations, he began his studies at the Joe Fava Music School and formed his own bands.

Gordon has been on the scene for over forty years and continues to work and live in the Big D.