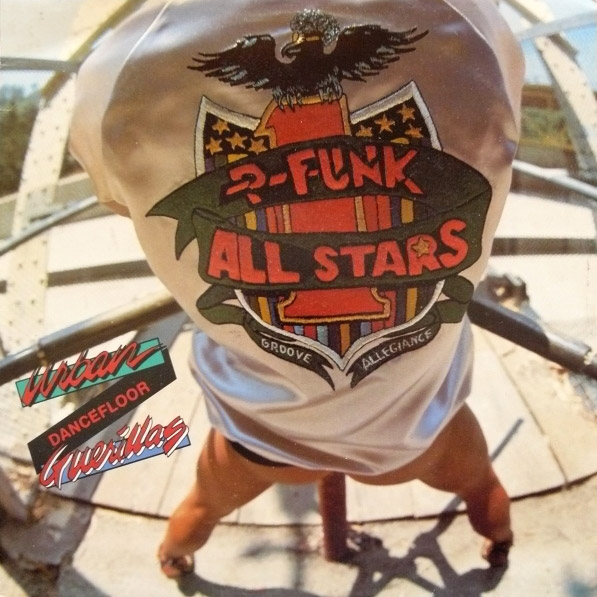 Urban Dancefloor Guerillas is the debut album of funk band the P-Funk All-Stars, released in 1983 on Uncle Jam Records. The album features an amalgmation of various alumni from both Parliament and Funkadelic, which were disbanded by 1981. It is the only studio album credited solely to the P-Funk All-Stars, as opposed to other albums that are credited to George Clinton and the P-Funk All Stars. The songs on Urban Dancefloor Guerillas were produced by a variety of members of the P-Funk musical collective including Clinton, Garry Shider, Walter Morrison, Sylvester Stewart (Sly Stone), and Bootsy Collins.

The album was released simultaneously with You Shouldn’t-Nuf Bit Fish by George Clinton which was released by Capitol Records. The subsequent P-Funk All-Stars concert tour of 1984 focused on material from both albums. Urban Dancefloor Guerillas was reissued on CD by CBS records in 1989, and then by Westbound Records in 1995 under the title Hydraulic Funk (CDSEWD 097). Hydraulic Funk includes the original album plus the 12″ remix versions of “Generator Pop” and “Hydraulic Pump”.
(Source : wikipedia)