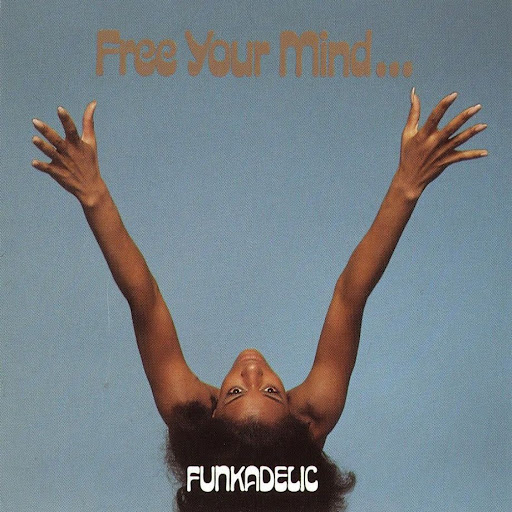 Free Your Mind… and Your Ass Will Follow is the second studio album by American funk band Funkadelic, released in July 1970 on Westbound Records. The inspiration for this album was, according to George Clinton, an attempt to “see if we can cut a whole album while we’re all tripping on acid.”

The album and its title track, a feedback-drenched number taking a third of the album’s length, introduces the subversion of Christian themes explored on later songs, describing a mystical approach to salvation in which “the Kingdom of Heaven is within” and achievable through freeing one’s mind, after which one’s ass will follow. Many of the songs (such as the title track and “Eulogy and Light”) subvert Christian themes, including the Lord’s Prayer and the 23rd Psalm.

The album’s gatefold cover forms something of a visual pun, echoing the sentiments of the album title. The sight of a woman holding her arms towards heaven in an ecstatic pose is subverted upon opening the sleeve to find that she is nude.

On the Billboard Music Charts (North America), Free Your Mind… and Your Ass Will Follow peaked at #11 on the Black Albums Chart and #92 on the Pop Albums chart. The album and eponymous song influenced the band En Vogue, leading to the title of their hit song “Free Your Mind”.
(Source : Wikipedia)