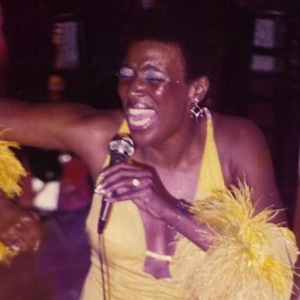 Pat Lewis was born in Johnstown, Pennsylvania and moved to Detroit, Michigan in 1951. In the early 60s, Pat, her sister Dianne, and two friends (Betty and Jackie Winston) formed the group, The Adorables, who recorded a record and began singing backing vocals for Golden World Records. Pat herself debuted as a solo artist in 1966 with Can’t Shake It Loose while also beginning to do outside backing vocals sessions. She met Motown Records’ in-house backing group The Andantes, and one day when one of the girls couldn’t make the session for Stevie Wonder’s Up-Tight, Pat stepped in and did it as well as several other Motown sessions. She signed to Solid Hit Bound Records and released a string of singles, including “Look At What I Almost Missed”, “Warning”, “No One to Love”, “No Baby No”, and “The Loser”. From the late 60s on, she became a permanent backing singer for Aretha Franklin, Isaac Hayes and later on George Clinton too. She wrote several songs for Isaac Hayes.
In 1989, Pat as well as The Andantes were among the invited artists to join UK producer Ian Levine’s mega-project Motorcity Records, a label formed to record new material on former Motown artists. Pat became the main backing vocals co-ordinator for the label and did several hundred arrangements while she recorded more than 50 tracks with herself and as a lead singer for the re-formed Andantes. Her single Separation (1991) (co-written by Levine and Billy Griffin) was Single of the Week when reviewed in British soul magazine Blues & Soul. After the label’s demise in 1992, Pat continued to work with Ian Levine on a regular basis. In 1997, she recorded 50 cover versions of selected Motown and Northern Soul classics although only a handful of tracks have been released on various artists compilations. In 1999, she recorded 76 gospel tracks with Levine for K-Tel. As for the present, Pat occasionally tours with Martha Reeves’s original backing group The Vandellas