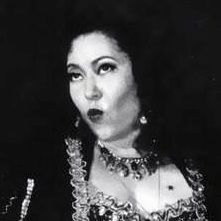 Mallia was a vocalist with P-Funk and was also known as the Queen of Funk. She introduced friends George Clinton and Bootsy Collins in 1971. She also brought Ex-Ohio Player, Junie Morrison to P-Funk in 1978.
She sang background on early Parliament and Funkadelic albums and became an original member of Parlet in 1978, where she recorded Pleasure Principle in 1978 and half of Invasion Of The Booty Snatchers in 1979. Left group to form proposed P-Funk Offshoot, Sterling Silver Starship with Bassist, Donnie Sterling.
She appeared with Clinton in Prince’s film Graffiti Bridge in 1990. Her first solo album Funken tersepter was released in Japan in 1995 on P-Vine. She wrote, with Snoop Dogg, on the 2002 release Suited and Booted.