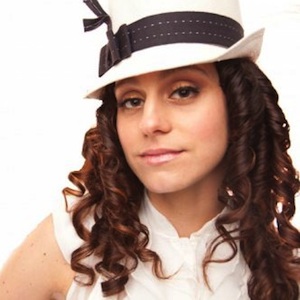 Kim Manning gracefully rings in Love and Light with booty shorts and fishnets. Bursting to form infectious grooves, poetic lyrics, and a true performer with that special spark to make it all work.
From tongue in cheek references,to calls for personal awakening, to facing infidelities Kim is raw, poignant, funny and somehow even coy.
Born in the buckle of the bible belt, Ponca City, Oklahoma, Kim studied classical music from the young age of six and was â€œturned outâ€ when she was hand selected by George Clinton to join his P-Funk All-stars. Here she began the stretch from holistic vegan yoga teacher to Funkadelic Rock star to VH1 Celebreality Star. Since then Kim Manning has performed around the world and on TV shows as David Letterman and the Grammy Awards and with artist as Snoop Dogg, Red Hot Chili Peppers (charting on Billboard in 2009), and the String Cheese Incedent. Sheâ€™s been profiled in such Magazines as “Singer”,”Relix” “Details”, “Hightimes” and recently chosen as URB’s Next 100. With a strong belief that “everybody’s got a little dark, especially those with lot’s of light”, Kim began to hone in her message of tolerance and acceptance while simultaneously merging her diverse musical background into a collage of Rock, Funk, and Hip-Hop. Kim wails with 4 ½ octaves of powerhouse vocals, free styled raps, keyboard and guitar skills, and no holds bar- anything can happen performance. Kim is the product of spirit, talent, and beauty, and anyone who sees her is left inspired by the Love and Light that pours from a beautiful soul.