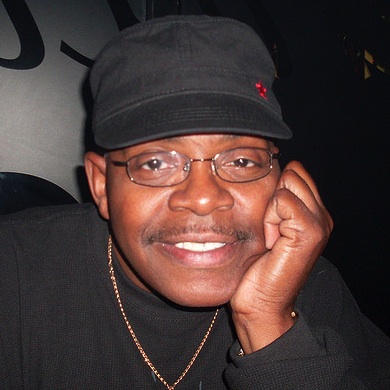 Baltimore born and bred, Gary Hudgins has played keyboards professionally for over 30 years. As a self taught musician, Gary’s skills and outgoing personality has carried him  ’All Around The World For The Funk’.

Beginning from his local band in Baltimore known as ‘The Grand Jury’ way back in the day  where he honed his skills, Gary went on to appear on stage at major venues with The Brides of Funkenstien (along with Dennis Chambers, Blackbyrd McKnight, and Jeff Bunn), the incomparable George Clinton and Parliament-Funkadelic, Sly Stone, Bootsy Collins, Stevie Wonder, Najee, The Red Hot Chili Peppers, Wilson Pickett, Crystal Waters, Christina Milian, The Temptations, The Marvelettes and many others.

Gary’s phenomenal keyboard talents can also be heard on recordings and remixes by artists such as Toni Braxton, Angie Stone, Lenny Kravitz, Michael Jackson, Brandy, Ann Nesby (The Sounds of Blackness), Taja Seville, Sybil and others. The outrageous diversity of all these artists will reflect Gary’s diversity and his ability to adapt to almost any musical genre.